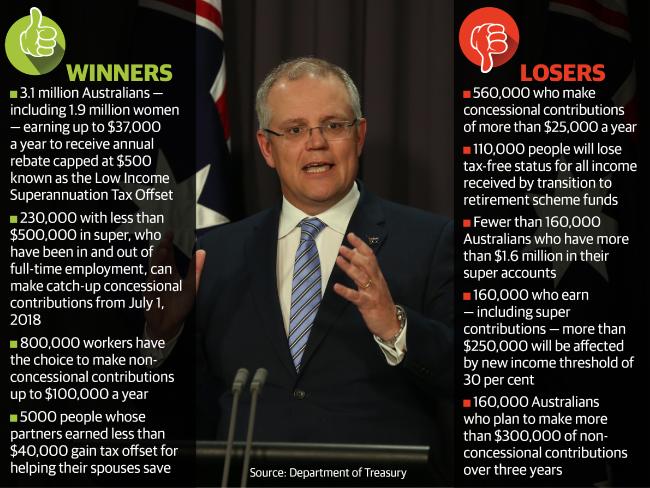 Superannuation changes will be introduced to federal parliament giving more than three million low-paid workers certainty over their financial ­future.

Among the sweeping changes — announced in the May Budget — are a low-income superannuation tax offset that will spare about 3.1 million low-income workers — mostly women — a tax hit from next year simply because their employer is paying their super contributions.

A $500 rebate will refund low-­income workers who face paying more tax as a result of compulsory super from next year.

People will also be encouraged to make before-tax contributions to their spouse’s super, with the income threshold for contributions made to a spouse to increase to $37,000.

Workers earning more than $250,000 a year and a new cap of $1.6 million will apply to nest eggs in the tax-free retirement phase.

CONNECT WITH US ON: